In 2005 Zaranda opened its doors in San Bernardino in the center of Madrid. Only one year later got a Michelin star. After 5 years in Madrid the restaurant moved, along with all his team, to Mallorca, where they immediately recovered the prized award of the French guide. Ten years later, Zaranda has established itself on the island receiving its second Michelin star in the 2016 guide. Restaurant Zaranda offers truly exclusive gastronomic pleasures at highest level. Using market fresh, local ingredients as well as spices and flavours often sourced from the Castell’s own herb garden, Fernando P. Arellano and his team prepare extraordinary culinary compositions. The restaurant, which is decorated with pieces of local art and craftwork, literally has a view into the kitchen, so guests can catch a glimpse of the chefs at work. Specialities like the “Glazed Pavé of the veal with leak and potato salad“, “the Blue Hole”, “Metamorphosis” or “Four seasons of the Mallorcan almond“ show the ingenuity and the creativity of the Zaranda kitchen. The famous “black egg“, a creation from egg with a blackened skin from sepia and caviar of Calamari, is well known beyond the island.

BOOK A TABLE IN ADVANCED

DONT MISS OUT ON THIS SPECTACULAR CULINARY JOURNEY 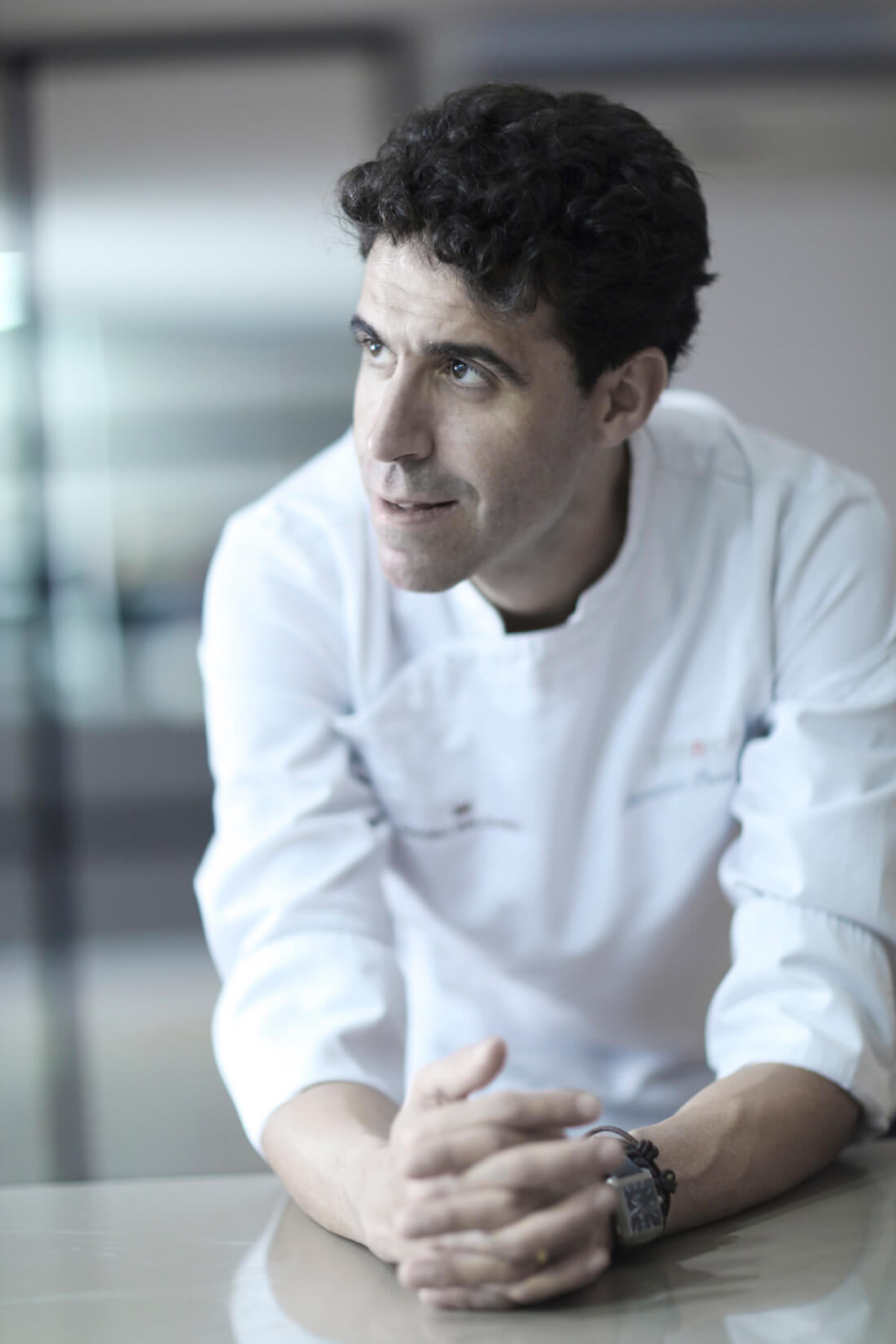 Chef Fernando P. Arellano has been  recognised as “newcomer of the year“ and “Chef of the year“ over the past years. After various positions in “Patrick Gilbaud“ (Dublin), “Le Gavroche“ (London), “Don Alfonso“ (Naples), “Maison Pic“ (Valencia) and “Can Fabes“ (Barcelona) he opened his first restaurant “Zaranda“ in Madrid in 2005. Eleven months later, he received his first Michelin star as well as other prestigious awards. According to Fernando, the award-winning chef has found his own paradise in the historical refuge of Castell Son Claret, where he can (speaking in culinary terms) spoil his guests and cater to their every wish.  Fernando P. Arellano immerses himself in the gastronomic richness of the Balearic Islands and builds a culinary proposal inspired by his experiences, his surroundings, his travels and his roots.

“In this exceptional location we have discovered the best ingredients of the traditional Mallorcan cuisine for our menu and thus we have developed our dishes. It is also the perfect setting for our guests to enjoy our creations and indulge all their senses.”